Everyone knows what a screen is but not everybody understands what it has to do with screen printing. Firstly, you expose the desired image to the screen while the rest of the mesh remains ‘blocked’ through the usage of special emulsion. In this way you create a stencil of what needs to be printed actually. A similar technique was recognised in China, during the Song Dynasty (960 – 1279). Screen printing, however, was introduced in Europe towards the end of the 18th century. Even after that it remained unpopular due to the lack of affordable silk in Europe, which was needed for the production of the mesh (hence people offer refer to screen printing as silk screen printing even though nowadays meshes are made mainly from polyester). 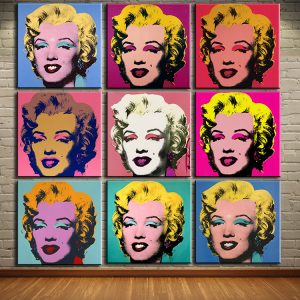 Screen printing is a technique that not only allows the production of high quality prints but also provides the ability for direct printing on any substrates from textile and paper to glass, wood, various plastics, etc.